TikTok, the new kid on the block

We’re creeping into the world of TikTok, the app that is everyone’s guilty pleasure. It’s getting a bad rep because of all the 12-year-olds, but man once you’re on it you’re on it, and you’re not getting off. We will be looking into how it’s changing the game comparing it to like YouTube and we will be addressing some concerns. I have a theory that TikTok got its name from like the sheer amount of time that you waste on it. Well not like a waste now. I sound like a baby mama. Ok Boomer your kids wasting their time on phones and not outside kicking or running, but time does really fly on the app. You open it and immediately you like met with a full screen of looping videos, and then you swipe downwards to the next one, and it’s really that simple, people can like and comment on the videos as well.

But in my opinion, there are three game-changing features of TikTok that YouTube or Vine don’t have, Firstly, sound Clips, when someone uploads a video that you like you can take the sound from it and make your own version, this unlocks creativity and different perspectives of a single piece of content. I think it’s super cool to see the different versions of everything, dancing is really popular on the platform. So they’ll often, a variety of catchy dance has the same sound bite like the GitHub challenge, which is good country dance or the two to three challenge which involves like Fast feet dancing sort of like the Nutbush. 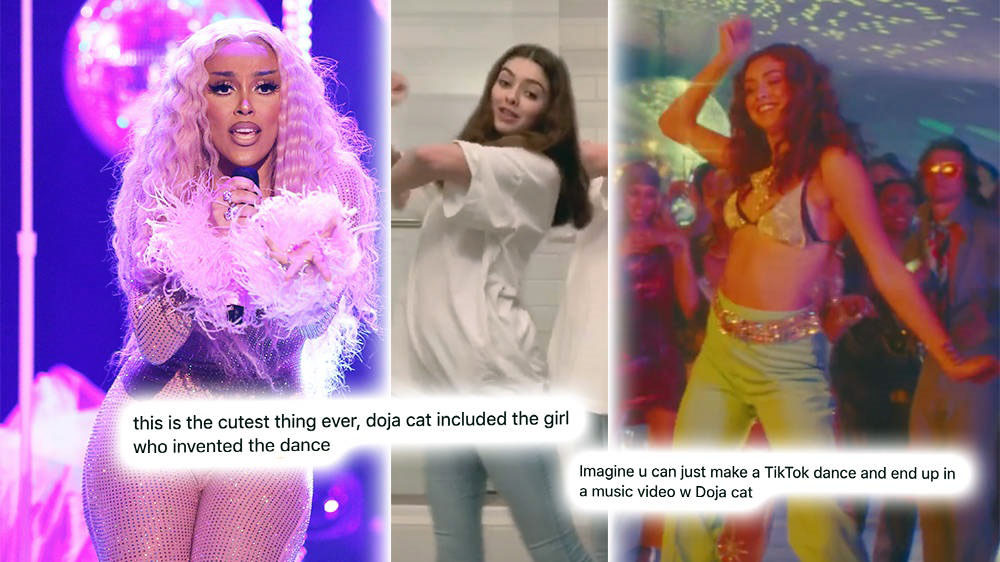 All the more interesting sound bites to me are when the soundbite tells a story and the people add their own lives to it. Like there’s one that goes it all started when my mom met my dad and they fell in love and they had me hi, my name is Ryan and my life is super crazy. And I think it sort of started as people showing off their mixed breed puppies like a husky and a sausage dog or whatever, but then people started actually adding the crazy lives and the trend just took off.

The second thing that’s making TikTok up is that you can easily take another person’s video Lay It side by side with yours. And if you do this like on YouTube or Vine, you have to think about like copyright and worried about downloading it. But this automatically credits the original person and you can turn it off and on for your videos. However, others have creative ways. They had the video and some creators make specific videos for a duet. So it becomes like a complete video with the second half of it as a basic example.

Sample is so like a trick or a DIY and they create a task for you to do it so they can see the results of your DIY. I lost like this one is the best in my opinion. The effects are awesome like game-changing. Remember when Apple released a photo booth and we all like freaked out that we could look so silly. Well, this is Apple photo booth 2.0. My favorite effect is the green screen one like usually, that takes so much of time and effort and editing skills to set up but it’s super easy with TikTok and there’s like one that face tracks you and make sketches like a thousand times funnier and then there’s a clone tool that gives you doppelgangers for a dramatic effect and in the crowd which makes you look like that you’re at a nightclub, they’re random but brilliant in the right context making these effects easily accessible means that they’ve enhanced the quality of their platform to overtake things like Snapchat who just keep introducing ai games that I swear. Nobody is playing to give us a green screen already. Damn. As a result of these effects means a being generated faster than ever. I remember last year someone created a sort of like the main calendar and they’d fill in the top name of each month as we went and I just circle back and forth on Facebook, but now TikTok has saturated the market. 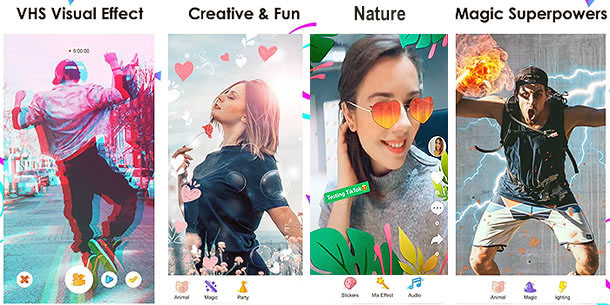 There’s very little evolution of a mean one TikTok. It just sorta like comes out of nowhere. Whereas before TikTok. The original content would be like created one member to rise and then that I’d usually be on Reddit and it had spread to Facebook until Insta comedians making skits about it. And then the celebrity would dress up for it like Halloween, but now TikTok the names are relatives. Leave the platform the original sound bite dance costume whatever it is gets created and then it like circulates around the trending page and then TikTok like famous people jump on it. And if it’s lucky you don’t make it into like a TikTok compilation on YouTube, but then that’s it. Like I haven’t seen any memes on Facebook or Insta that have originated off TikTok, very regularly. It’s sort of like an exclusive Club of memes because as soon as it’s created, there’s like another and it doesn’t really have time to spread. So short-form content with these effects is the way forward TikTok even claims to be the leading destination for short-form mobile video.

They outlined their mission as “Inspire creativity and bring joy”, which I think they do. I think at this point, it’s getting more appealing than YouTube. There is a certain standard people are used to watching like you need the right lighting camera content consistency. Nobody is growing as Shane Dawson used to from a bottom with cringy videos in his room to making Documentary bodies makeup collaboration with Jeffree Star and yes, it’s in the mail for me. Of course. I’m going to jump on that but as a business where I would say there are high barriers to entry a lot of people lose motivation because they see Jeffrey Stars high production quality content and they think I’ll never beat that plus, you know, all of you choose like controversies with demonization can really make people think it’s not worth it. Where is TikTok? The quality is the same as filmed on my iPhone super short videos and no uploading schedule. Low expectations, it has very low barriers to entry and that’s why it’s so appealing to aim your creativity there instead of YouTube sure many might start on TikTok and then evolve their skills and go towards YouTube but it’s much easier to start and become TikTok famous than YouTube famous. 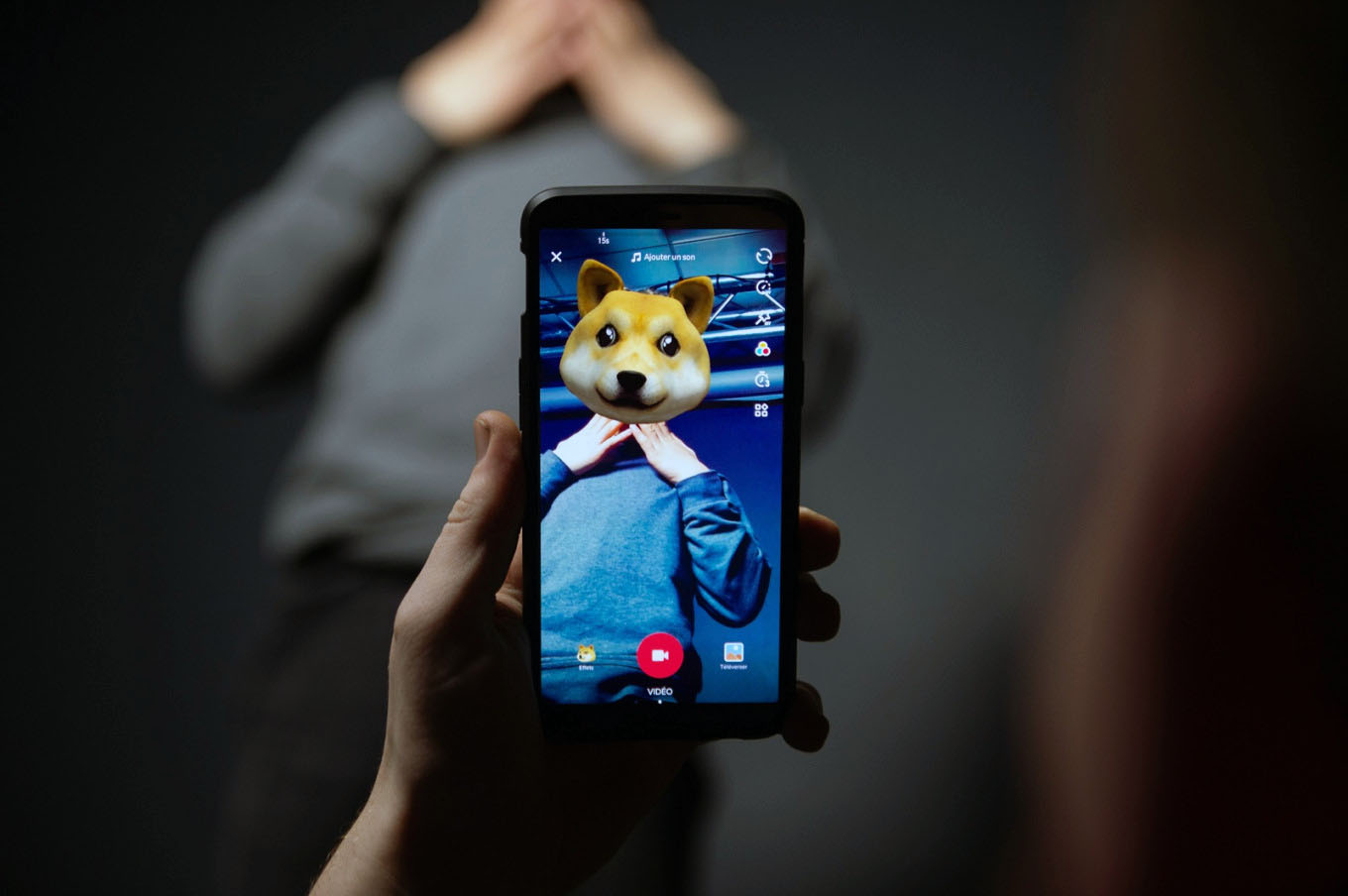 So you tell me which one people are going to flock to because it has the reputation of being for kids. There are a couple of questions around cautions and responsibilities. The app has towards protecting them now. I may sound like a mom here. But like the thing is I reckon most moms are bit threatened of tick-tock and there’s a few reasons why they should be if you didn’t know Tick Tock was formerly musically and the parent company that started both is called byte dance based in China the online Newsroom at working hard for you reported that in early 2019 the Federal Trade Commission quote alleged that musically illegally collected personal information from children using the app violating the children’s online privacy protection act. Which requires that websites and online services directed to Children obtained parental consent before collecting personal information from children under the age of 13. Okay, but children always lie about their age. How are they supposed to know? Well again, according to the Federal Trade Commission musically did not get parent’s consent even though they knew that many kids were using their app as a result.

The company had to pay a 5.7 us million settlement. Also, take all the recordings made by children under 13 offline politico.com claims that bite dance paid. What was at the time the largest fine in Federal Trade Commission history for invading the privacy of underage users and to add to it this month as in November, like right now the US authorities have launched a National Security review of bite Dance 1 billion acquisition of musically, according to the New York Times. The 1 billion acquisition happened like two years ago, but the US Senate Our Marco Rubio requested the evaluation as he cited questions on why TikTok had only a few videos of Hong Kong protests because that dominated International headlines to take all the legal. Jargon out right TikTok has been accused of censoring political delicate material like the Hong Kong protests and still has questions on Where they saw the data and if it’s also on underage children, but that hasn’t stopped its growth so far. I mean because of like all these Reverend downloads Safety concerns of children on the app are still pretty constant. I’d say it’s like any new social media platform. It’s pretty vilified until parents use it themselves the ABC reported a few students around Australia are getting themselves in hot water from posting Lou things in their school uniform and parents are the first to blame, the platform like sure if it’s reported in the platform ignores that request then they should be liable, but who should really be responsible is the school and the parents, schools need to keep educating about social media in a realistic way rather than just being like Oh don’t talk to strangers online because that’s pretty unrealistic. It’s all public and people making online friends as well because they don’t fit in the normal community. So if you’re in a rural town and you’re gay and that’s not accepted there then going online can be the only place you feel like you can be yourself, right?