There are moments in history when it seemed like the world stopped. Like on Friday, November 22nd, a young President Kennedy was driving through Dealey Plaza in Dallas, TX. For just a little while, the day seemed beautiful and hopes were high, then in an instant, Jackie was scrambling over the back of the car and JFK was slumped down. He had been shot. The 10 photographs below captured some of the most intense moments in history, catching what happened literally seconds after famous assassinations. It’s hard to describe just how many emotions you’ll feel when you see these.

Martin Luther King: killed April 4, 1968, by James Earl Ray. Martin Luther King, Jr. was an American clergyman, activist, and prominent leader of the African-American civil rights movement and Nobel Peace Prize laureate who became known for his advancement of civil rights by using civil disobedience. He was assassinated at the Lorraine Motel in Memphis, Tennessee on April 4, 1968, at the age of 39. 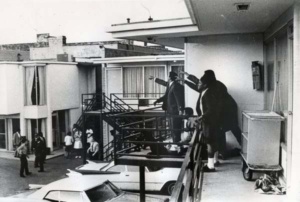 US President John F. Kennedy: killed Nov. 22, 1963, by Lee Harvey Oswald. John Fitzgerald Kennedy, the 35th President of the United States, was assassinated at 12:30 p.m. Central Standard Time (18:30 UTC) on Friday, November 22, 1963, in Dealey Plaza, Dallas, Texas. His killer has assassinated himself before he could stand trial. Many conspiracy theorists believe this was a cover-up. 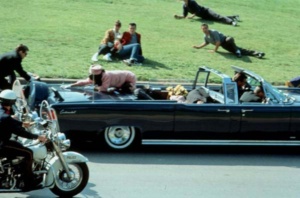 Lee Harvey Oswald: killed on Nov. 24, 1963, by Jack Ruby. Lee Harvey Oswald was, according to five government investigations, the sniper who assassinated John F. Kennedy, the 35th President of the United States, in Dallas, Texas, on November 22, 1963. 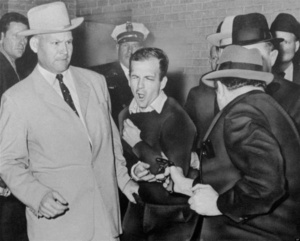 Malcolm X: killed Feb. 21, 1965 by Norman 3X Butler, Thomas 15X Johnson and Talmadge Hayer. Malcolm X was an African-American Muslim minister and human rights, activist. To his admirers he was a courageous advocate for the rights of blacks, a man who indicted white America in the harshest terms for its crimes against black Americans; detractors accused him of preaching racism and violence. He has been called one of the greatest and most influential African Americans in history. 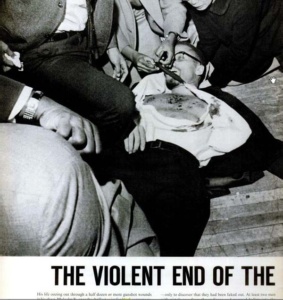 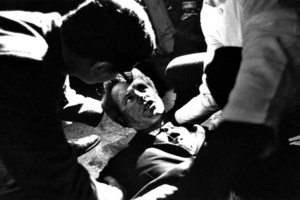 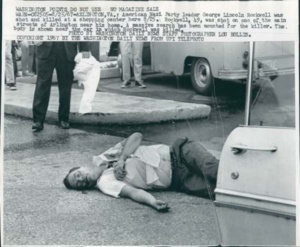 Anwar Sadat: killed Oct. 6, 1981, by Khalid Islambouli. The Assassination of Anwar Sadat occurred on 6 October 1981. Anwar Sadat, the president of Egypt, was assassinated during the annual victory parade held in Cairo to celebrate Egypt’s crossing of the Suez Canal. 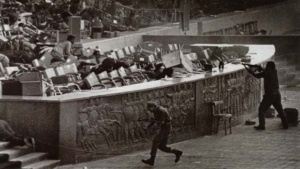 Inejiro Asanuma: killed Oct. 12, 1960, by Otoya Yamaguchi. Inejiro Asanuma was a Japanese politician and leader of the Japan Socialist Party. A noted public speaker, Asanuma was unusual in postwar Japan for his forceful advocacy of socialism, and his support of the Chinese Communist Party was particularly controversial. 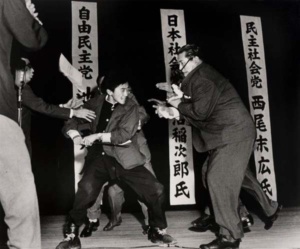 Park Chung-Hee: killed Oct 25, 1979, by Kim Jae-kyu. Park Chung-hee, president of South Korea, was assassinated on Friday, October 26, 1979, at 7:41 pm during a dinner at a Korean Central Intelligence Agency (KCIA) safehouse inside the Blue House presidential compound, Gungjeong-dong, Seoul by Kim Jae-kyu, who was the director of KCIA was the president’s security chief. Park was shot in the chest and head and died almost immediately. Four bodyguards and a presidential chauffeur were also killed. 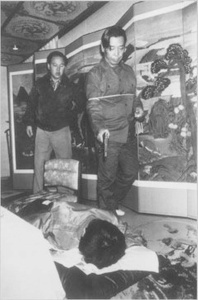 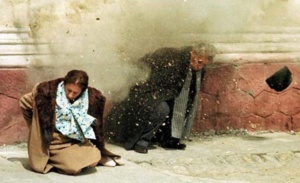 The world can be a terrible and crazy place.