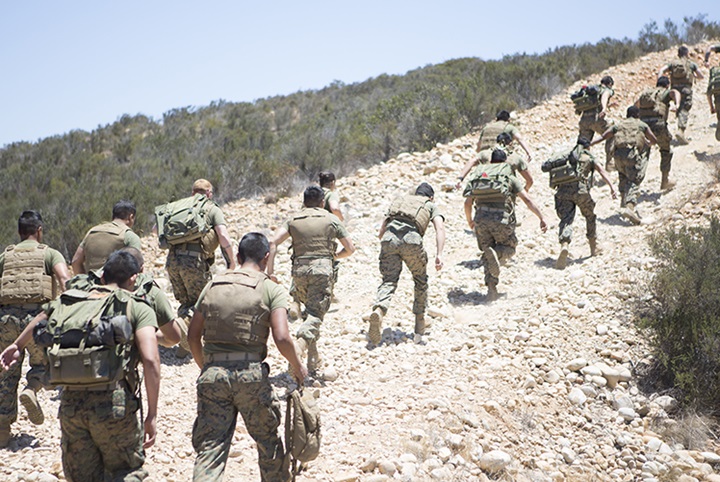 Much water has flowed since the return of Kurdish Democratic Union leader Saleh Muslim Mohammad to the northern Syrian city of Qamishli in April 2011, coming from the PKK strongholds in the Qandil mountains of northern Iraq.

Over the past five years, Saleh Muslim has succeeded in making his party and its Kurdish Protection Force a difficult figure in the Syrian equation after long marginalization. These local militias took control of Kurdish-dominated regions and areas in northern Syria and succeeded in taking the town of Ayn al-Arab (Kobani) from ISIS in early 2015.

The recent success was indeed facilitated by Ankara, and with the air cover provided by the international coalition fighting the organization, but more importantly, it opened the door for this force to become a bet in defeating ISIS under the administration of President Barack Obama, after its repeated failures in detailing the armed opposition of Syria. As measured.

This support took on more sophisticated forms as the US administration sent 250 military experts to the Kurdish areas and set up training bases in three areas there (Rmeilan, Hasaka, Ain al-Arab), in addition to providing air cover for the expansion of the Syrian Democratic Forces towards Raqqa or Manbij. They were created by the Kurds in 2015 to include Arab, Assyrian and Syriac groups in the hope of de-nationalizing the YPG.

Politically, because of its ambiguous attitude toward the regime and Ankara’s hard-line ambitions, the PYD has not had parallel successes. He did not find a seat in the Geneva negotiations after representatives of his local administration declared a federal system. But he opened a representative office in Moscow.

According to information published by the London-based Al-Hayat on July 3, the Kurds of Syria have prepared an 85-article constitution that provides for the adoption of Qamishli as capital and flag of the region, the formation of an executive council and another for the people and ministries, including one for foreign affairs and another for defense. In the “Democratic Federation of Rojava”.

The constitution was unveiled after a sudden rapprochement between Ankara, an ally of the Syrian opposition, and Moscow, an ally of President Bashar al-Assad’s regime.

The following coverage covers the most prominent developments in the Kurdish situation in recent months. It includes a timetable for the development of Kurdish coordination with the United States, and an interview with a specialist in the Kurdish issue, which deals with the US-Turkish dispute over the Kurds and the prospects of the federal system they announced in light of the rapprochement of Ankara and Moscow. It also includes an article on Syrian Kurds in Turkish calculations and the content of a research paper on PYD papers and accounts.

Under the title “ The dream of Kurdish federalism is overturned by the facts of geography in Syria and its demography, ” a research paper prepared in March by the Arab Center for Research and Policy Studies, based in Doha, described the Kurdish Democratic Union Party, the institutions it has established, the gains it has made, in addition to the incentives that encouraged it to declare federalism.

“As the Syrian revolution began and expanded, part of the Syrian Kurds joined the revolution and opposition bodies, while another part turned to exploit the situation to serve different agendas. The Democratic Union, a far-left nationalist party founded in 2003, was declared a Syrian branch of the PKK. (PKK) – The West Kurdistan People’s Assembly was established on December 16, 2011, and has begun building a security and military body that includes the YPG and the Asayish police, as well as women’s protection units.

The paper estimates the combined number of these forces at about 50,000 fighters, pointing out that the formation of these security and military arms allowed the party to extend its control over the areas vacated by the regime in the far northeast of Syria from 2012.

As for the conditions of the establishment of the autonomous areas, the paper indicates that the party took advantage of the vacuum created by the withdrawal of the regime. western. In each, he set up councils that mimic ministries and police force, a move that has raised many doubts about the ultimate goal of the PYD.

Circumstances served The paper goes on to say that the regional conditions served the PYD Kurds in the forefront of the rise of the Islamic State and its expansion in Mosul and Raqqa, which drew the attention of the United States to the Kurds, “which decided to use them against the Islamic State, and found them significant support enabled them to withstand the battle of the Arabs throughout More than three months, and who rolled the organization away from the city in early 2015. “

Since then, the Kurds have become a major local player in the US strategy to counter ISIS. They have also benefited from Russian military intervention against the Syrian opposition in late 2015, and have taken control of areas where the Kurds do not live and have no historical claims. “As part of their quest for geographic continuity, they can declare a federal territory on a geographical basis or a demographic basis, as Saleh Muslim declared.”

On the dilemma of the geographical distribution of the Kurds in northern Syria, the paper says that “the island of Al-Jazeera, which extends between Al-Malikiyah and Ras Al-Ain, is separated by a wide Arab population isthmus along 130 kilometers from the second Kurdish canton in Ain Al-Arab, with the city of Tal Abyad predominantly Arab. The cantons to the east of the Euphrates are a strip of Arab cities and regions extending westward to the north of Aleppo, to the third canton in Afrin. “ 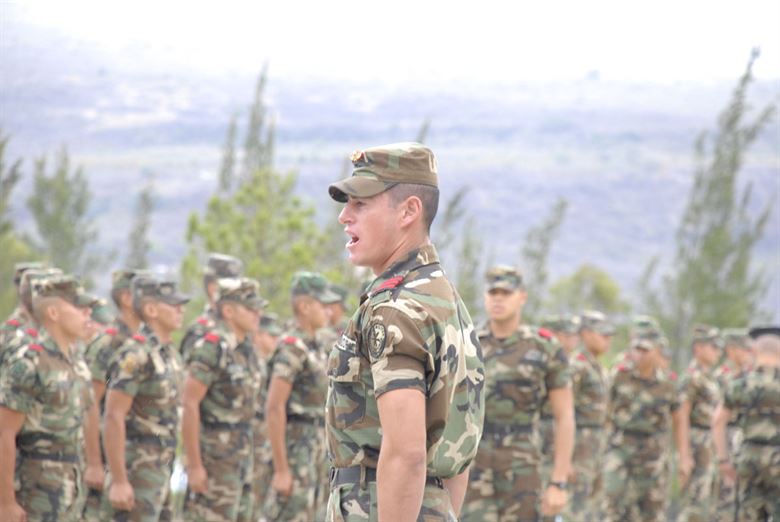 It also argues that the PYD’s main perception and other Kurdish nationalist forces underline the need for geographic communication between Kurdish regions. The presence of the Arab majority among their regions, as part of “Greater Kurdistan,” note that the term “Western Kurdistan” was not mentioned in the archive of the Kurdish national movement before the “Democratic Union” in 2003.

The paper argues that the US-led war on IS has provided the Kurdish parties with an overwhelming opportunity in terms of their national aspirations to achieve the desired geographic continuity between the cantons of self-administration east of the Euphrates.

As for the western Euphrates, the SDF, formed in alliance with small Arab tribes, to camouflage its Kurdish national identity, whose YPG is the mainstay of its strength, tried to take advantage of the Russian military intervention aimed at defeating Syrian opposition forces in the Rif. Northern Aleppo.

However, this ambitious plan, which requires the implementation of control over the area between Azaz and Tripoli, is prevented by many obstacles, the most important of which is the strong Turkish opposition and the presence of ISIS, as well as it requires Kurdish forces to control the entire northern border of Syria, which includes large cities inhabited The Arabs, such as Jarablus, Manbij, Bab, Miskaneh, and Deir Hafer, and control of the cities of Azaz, Tal Refaat, Marea and their countryside in the northern countryside of Aleppo, are important strongholds of Syrian opposition forces.

Connect the cantons As a result of its control over the town of Tal Abyad in the northwestern Raqqa countryside, the PYD undoubtedly succeeded in achieving a geographical link between the cantons of al-Jazeera and Ain al-Arab and will endeavor to connect these two cantons to the Afrin canton of northern Aleppo when it appears. The political and field conditions are favorable, especially given the joint support of Russia and the United States, which encouraged him to unilaterally declare federalism.

“The Kurdish weakness since the turn of the century has been to exploit it by international powers in its conflicts in the Middle East before abandoning it at the first juncture. Therefore, the US-Russian meeting should not be relied on to support a radical Kurdish nationalist party to fight ISIS.” On the other hand, democratic citizenship is the guarantor of the rights of Arabs and Kurds in Syria.

A research paper prepared by Sirwan Gaju and published by Al-Jazeera Center for Studies deals with the rise of the Kurdish player’s role in the Syrian crisis and the reasons why Syria’s Kurds made it a difficult figure in the Syrian equation.

The paper explains that the role of Syrian Kurdish groups has increased dramatically, especially since the capture of the city of Ain al-Arab (Kobani) from the hands of the Islamic State early last year. Thanks to the war on ISIS and its participation, the Kurds have established themselves as an important figure on the Syrian scene. The paper refers to the role of the Democratic Union Party (PYD), the most prominent Kurdish party in Syria. She explained that these victories achieved by the Kurds came through a series of local and international alliances, whether with Damascus, Moscow or Washington, where the Democratic Union’s military and security relations not only the United States but linked to similar relations with Russia, which was quick to provide military and political support for the party. But despite the massive international support for the Kurds, the complex nature of their regional relations does not offer them an opportunity to enjoy internal stability away from the policies of some countries in the region towards the Syrian situation in general and the Kurds in particular. The paper also warns against going too far in the alliance between Syrian Kurds and the United States, which seeks to rely on Kurdish forces in the battle to liberate Raqqa from the hands of the Islamic State, which means that the protection units have exceeded the main task for which it was formed to protect the Kurdish areas. The entry of these units into areas with an Arab majority would be a strategic mistake and would fuel hostility and clashes between Kurds and Arabs.

The paper concludes that the situation of the Kurds in Syria depends on three main points: regional developments, the war on the organization of the state, and the outcome of the Geneva talks. As long as the war against IS continues, Syria’s Kurds will remain an important figure in the Syrian and regional equations. But what will determine the future of the Kurds once and for all is the future of the form of governance in Syria, which is linked to the success or failure of the Geneva talks.