Sarah Arenson .. Judaism that brought down the Ottoman Empire

In July 1914, World War I broke out, when the assassination of Austrian Crown Prince Archduke Franz Ferdinand and his wife, in Sarajevo, sparked the war. It took place between the Allied forces (consisting of Britain, France, and Russia) on the one hand and the Axis powers (made up of Germany, Austria, the Ottoman Empire and Bulgaria) on the other.

Meanwhile, in Palestine, the Zionist movement had to choose which side to stand with. By the logic of the merchant, she stood by the stronger side, which was then Britain. They were determined to help them, hoping to enable them to realize their dream of establishing their so-called state in the promised land.

In 1915, the Jewish botanist Aaron Aronson founded the Indigo Spy Network for the English, made up of his brothers including his sister Sarah, and two friends of the family. It is worth mentioning that the name of the network “Indigo” is the initials of the opening phrase in the book of Samuel: “ Israel’s immortality is not a lie. “

Sarah Arnston, who knocked the last nail in the coffin of the Ottoman Empire, was born sick of Europe as it was then called, in the Atlit area near Haifa in 1890. It grew up in the agricultural settlement of Zichron Yaacov, one of the oldest Zionist settlements in Palestine, and replaced the village of Zamazin At the beginning of her youth, she married a Bulgarian Jewish merchant and traveled with him to Constantinople. But this marriage did not last long, and she returned to Atlit, where she worked with her brothers in a plant research laboratory, which was a cover for the network “Indigo” spy.

Penetration of the Ottoman Empire Neely’s work began with her founder Aaron Aronson, who used his experience as a botanist to get closer to the Ottoman authorities. When the locusts spread in 1915, Aaron was appointed commander-in-chief of locust control by order of Ahmed Jamal Pasha, who was the commander of the Ottoman armies in the Levant. He was granted full military powers, enabling him to move between Syrian cities, record observations about the size of the military, and send information to British intelligence in Cairo.

As for Sarah, she was entrusted with the task of establishing a female army of prostitutes, to catch Ottoman and German officers, and to gather information from them. The first thing she did was to distribute her women’s army to the biggest hotels in Jerusalem, Damascus, and Beirut, where Turkish and German military headquarters are located. ), The absolute ruler of the Levant at that time. Judaism robbed his beloved and was able in a short time to become his mistress and place of confidence.

Sara took advantage of her proximity to Jamal Pasha and her permanent presence with him and worked to tamper with his mind and guide his decisions and actions. It was also able to obtain permission to roam freely throughout the Ottoman Empire under the pretext of studying plants, but the real reason, of course, was the collection of military information, for the benefit of the Allies. The result was terrible defeats on the Turkish fronts, a bloody conflict between Arabs and Turks, which ultimately led to the occupation of Palestine and the division of Arab states among allies.

At that time, Sarah was able to meet with General Allenby, the commander of British armies in the region. Who handed it a list of tasks, which aimed to prevent the arrival of Ottoman troops to Palestine. And get the movements and plans of the Ottomans in Gaza. She succeeded with her women’s army to complete the list to the fullest! Causing a crushing defeat for Turkish forces in Gaza. 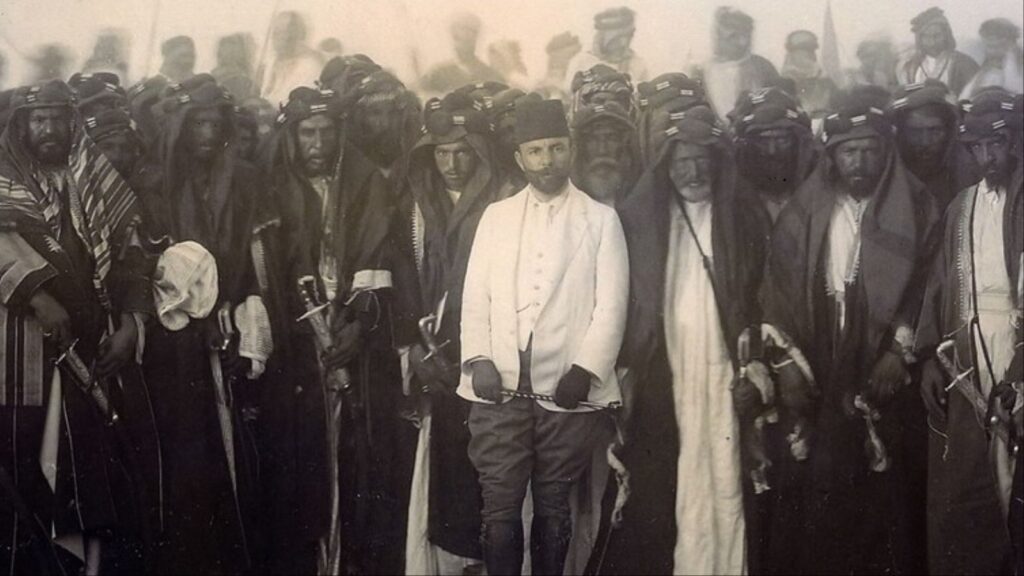 Flight of the fall After this defeat, suspicions began to surround Sarah Aronson and her role in this defeat, and the Pasha discovered her betrayal, but it was too late. The Turkish-German alliance lost, and Sarah managed to escape. In the meantime, he was able to infiltrate the Turkish fortifications, in the heedlessness of the Pasha and his army. It was able to access ammunition stores, war materiel, Turkish army supply areas and pass information to the British.

She then identified the wealthy Lebanese Youssef Omran and was able to recruit him on the pretext that she was working for the Germans. He helped her gather information and hide from the eyes of Jamal Pasha’s men. His deep ties with Alia al-Qom also contributed to the collection of dangerous military information, which was sent through the pigeons to Atlit, the headquarters of the network “Nili”, but Yusuf Omran’s honeymoon with Sarah Arenson did not last long, he was arrested during an espionage mission, and tortured He was executed in February 1916 after learning that his mistress was a Jewish spy working for the English and the Zionist movement. Sarah escaped for the second time and ran away in the form of a shepherd.

Despite her subsequent escape, she did not stop her espionage. They are carrying messages between the parties to the network and English intelligence. She continued her work until September 1917. A pigeon carrying a letter to the British fell into the hands of the Ottomans. They were able to decrypt it and uncovered Nelly’s network. A number of its members, including Sarah Arenson, were arrested from her home in Atlit.

After being arrested, Sarah was subjected to various forms of physical and psychological torture, confessing to the information she leaked, but to no avail. She decided to take her to Damascus to complete her interrogation but decided to commit suicide with a pistol obtained from her home, when the soldiers took her to change her clothes, before being deported to Damascus. God did not want her death to be immediate, and she continued to die for four full days. Before she took over the soul on October 9, 1917, she was 27 years old.

World War I ended in 1918. Turkish troops withdrew their army from Syria, the Union and Progress Party was dissolved, and Ahmed Jamal Pasha was liquidated. In 1923, the Treaty of Lausanne, which signed the death certificate of the Ottoman Empire and the birth certificate of the modern Turkish state, was written. Thanks to Sarah Aronson, who overthrew an empire that lasted six centuries, from the bed of the Pasha.