From 2008 to 2018, national marriage and divorce rates declined. However, both rates vary by state.

How do the marriage and divorce rates in your state compare to the national average? How do they rank compared to other states?

Hover over each state in the map below to see how it compares to the national average. Check out the state rankings tab to see how your state compared to other states in both 2008 and 2018. 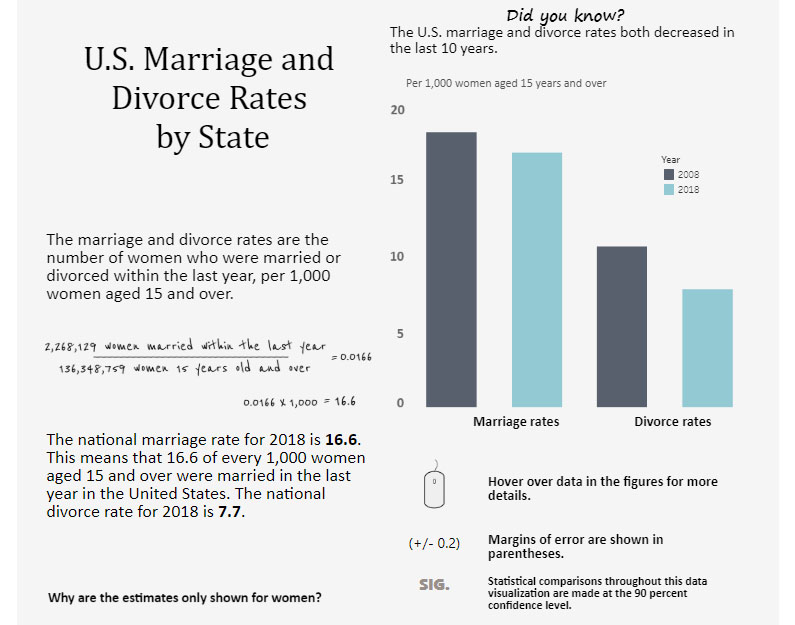 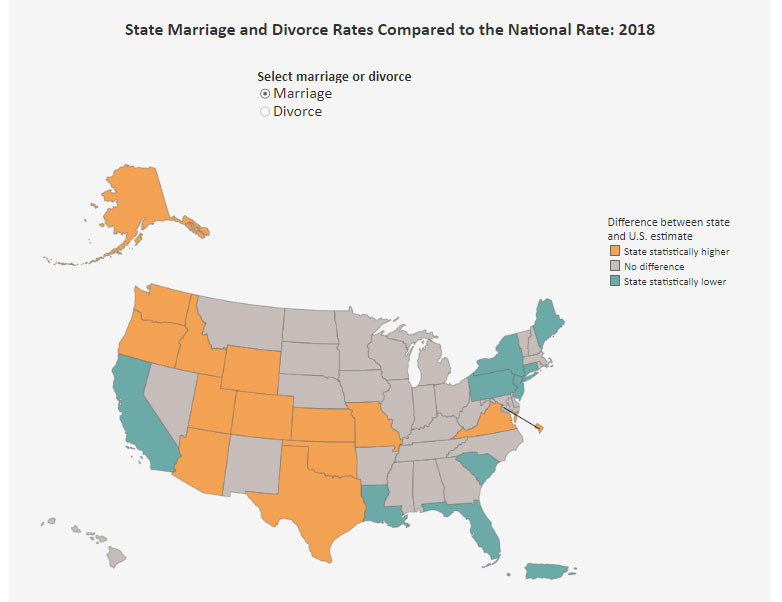 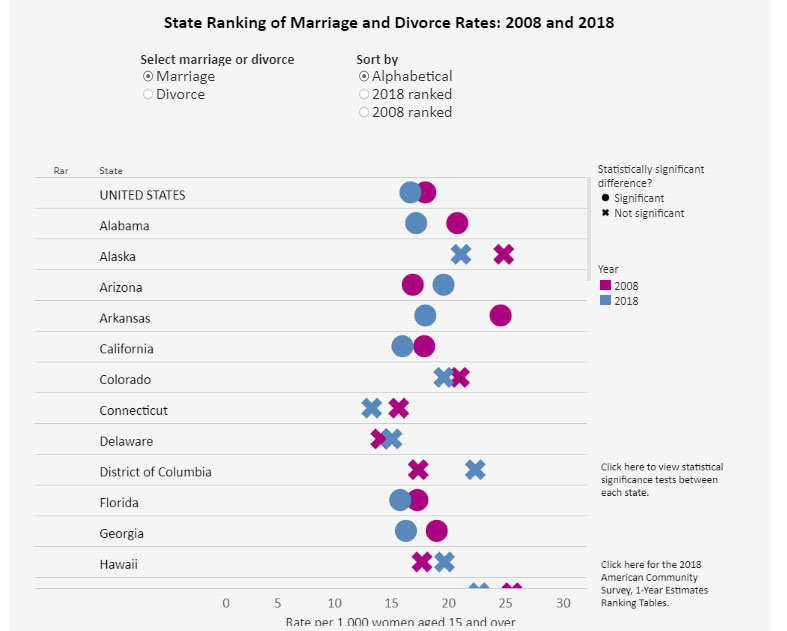